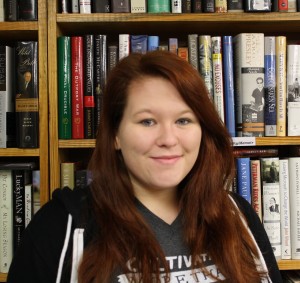 Charla is the Director of Operations at the International Book Project. At an early age, Charla became enthralled by the world around her and took every opportunity to explore and learn about the world. She has spent time traveling and studying throughout Europe and Australia. While earning a B.A. in Psychology at Berea College, she developed a passion for social justice and non-profit service that led her to the International Book Project. In 2015-2016, Charla served as AmeriCorps VISTA member with the International Book Project and learned firsthand the impact books could have on a global scale. As the Director of Operations, Charla oversees all large shipments, keeps the warehouse running smoothly, and manages volunteers. Charla continues to be interested in seeing the world, reading good books, and large cups of coffee.